Bella Thorne has reunited with her boyfriend Ben for the first time in 5 months, due to the fact that Ben is from Italy and Americans were banned from travelling to Europe because we can’t get our shit together. So Bella and Ben linked up in Cabo, Mexico and have probably been spending a lot of time in the bedroom. But when they weren’t making up for lost time they were playing around in the pool. Being the loving boyfriend Ben is, he snapped some photos of our girl sporting some underboob in her red bandeau bikini! 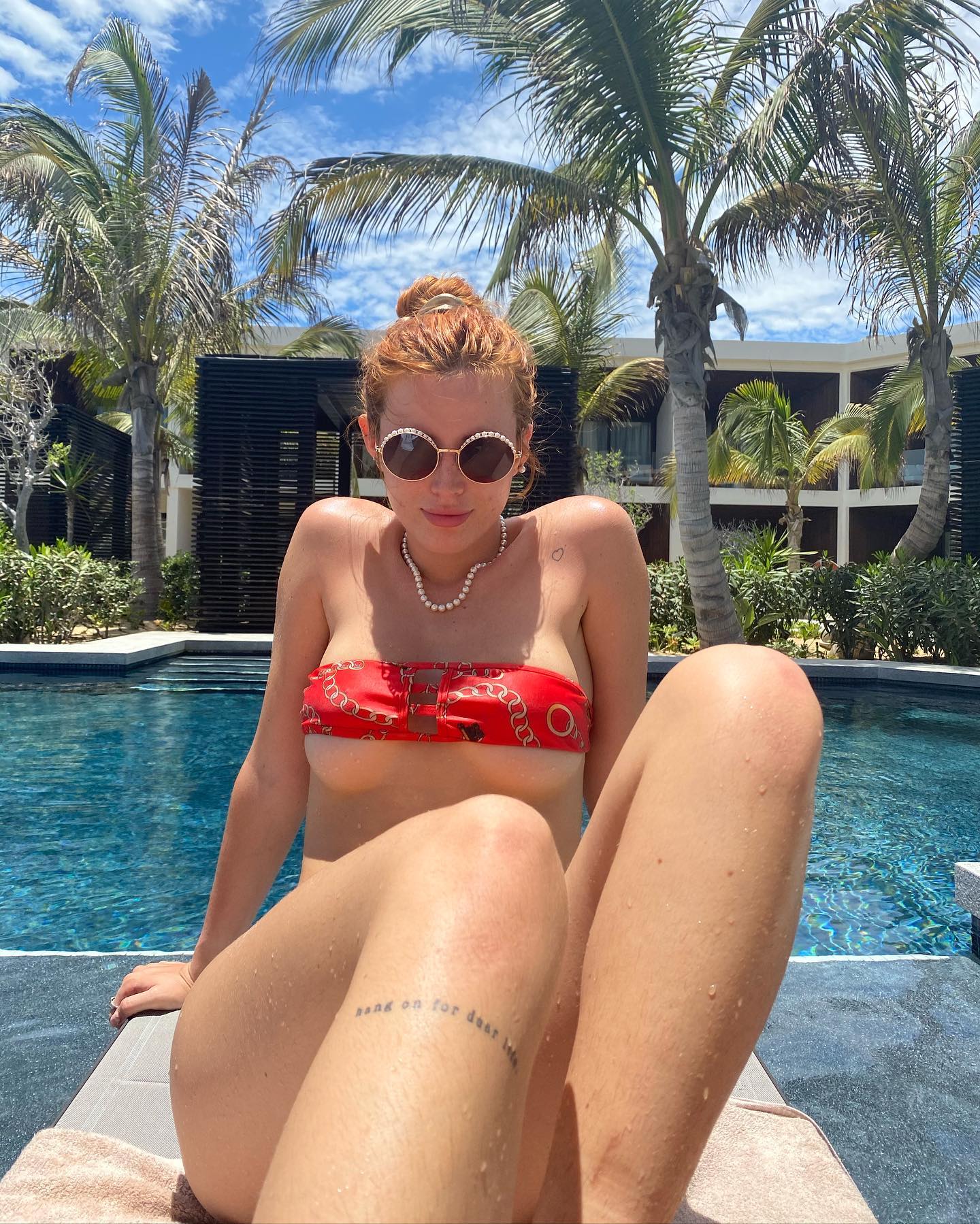 The Mr. Skin $99 Lifetime Membership Deal Ends At The Stroke of Midnight!