I was wondering when Gigi Hadid’s photos from this Chaos magazine thing would show up, I mean if they hired Kendall Jenner and Gigi’s sister Bella then you know they had to get her in there too! The high fashion trifecta!

Here are Gigi’s pre pregnancy photos taken for the magazine’s new issue that is Chanel themed as you can see by the No5 stickers on Gigi’s face in the bathtub shots! 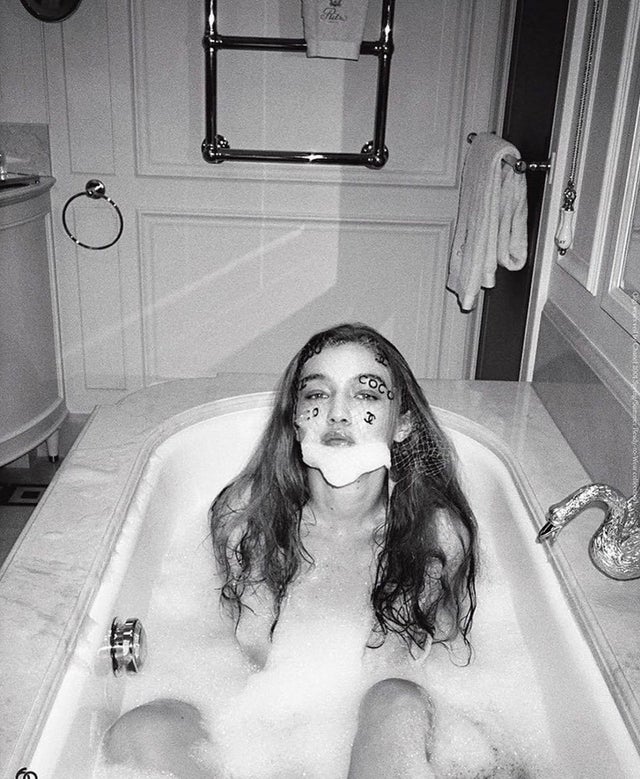 Amberleigh West Topless In The Garden

Holly Peers Down to Her Little Black Panties