I am not one of those bike snobs with my fixed gear hipster bike and scarf that makes me look like some kind of poet. You've seen those people outside the third wave coffee shops discussing feminism, being woke and the documentary film they are working on about butteryfly migration.

I was into biking as a kid, I had a subscription to Mountain Bike magazine, because these paper pamphlets called Magazines existed in that time, where you'd get your monthly edition in the mail and it'd be a glorious day.

I also worked a shitty landscaping job, mowing lawns and laboring to save enough money for my first mountain bike at 14 or 15. It was a big deal and I hold biking in my heart as fond memories of adventures in the wilderness, sometimes with friends where we'd drink chocolate milk and discuss whether we would lick a girl's butthole because it was only an inch away from her front hole back when front holes were called vaginas.

The point is that nothing quite as hot as a nude woman posing with my bike, no matter how modified it was, ever happened and none of our adventures were this good, so if anything this bike shoot is putting my fond childhood memories to shame and I am ok with it because Jordy Murray, an American model you can find on INSTAGRAM is better. Screw my memories bring more of this! 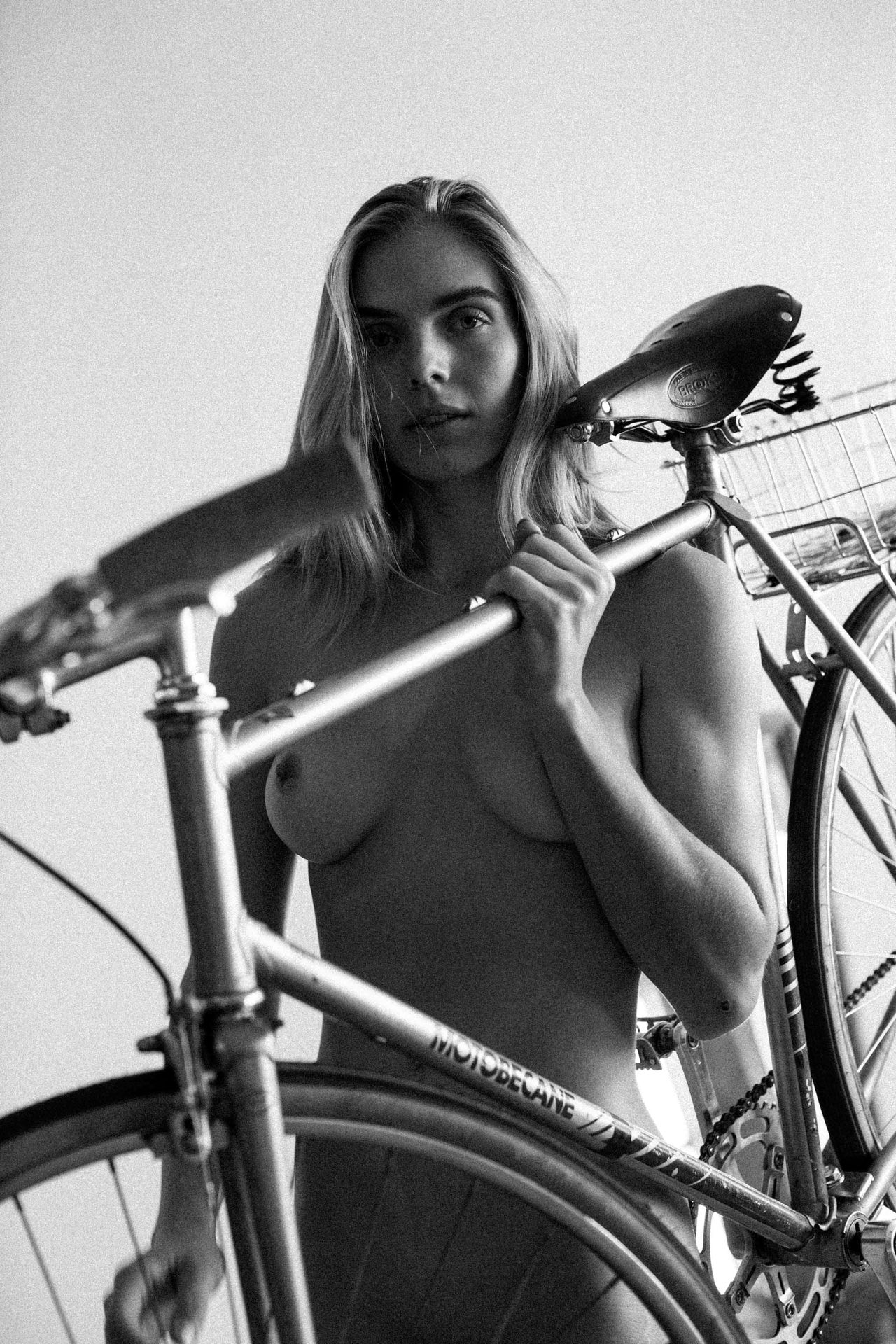