This isn't quite a Wardrobe Malfunction but it is almost a classic "towel drop", which is a reddit trend you may want to look up to watch a bunch of busy girls dropping their towels as they get out of the shower. You'll like it.

The only problem with Shay's "towel drop" is that she's got CLOTHING on underneath, not very much clothing, but it just doesn't have quite the same effect as an official "towel drop".

The new mom from Canada who got VERY famous on Pretty Little Liars has mastered social media, basically becoming an influencer with a youtube channel as a sideline business that may even be more lucrative than her real career as an actor. It's like acting is now what these babes do to get marketing to increase their instagram reach, instead of it being the other way around. Weird times!!

She does look great though! 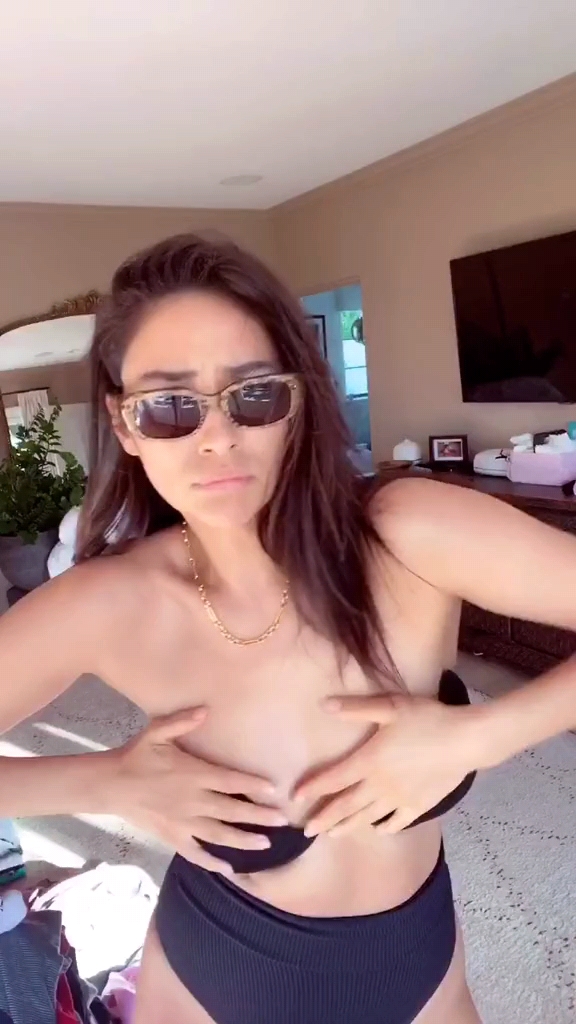 Kylie Jenner In Birthday Bikinis And Other Fine Things To Ogle

Holly Peers Down to Her Little Black Panties