Well thanks to going viral, she's been able to establish herself as an influencer. She was on Dancing with the stars, she does brand deals, she has millions of followers despite no longer being with that original dude she shared that seemingly dream life with.

So she is doing shoots like this, that really allow her bolt on breast implants she purchased because I guess she felt that was what was missing from all her bikini travel shoots, which this IS NOT. This is some weird attempt at fashion and it is not very good. 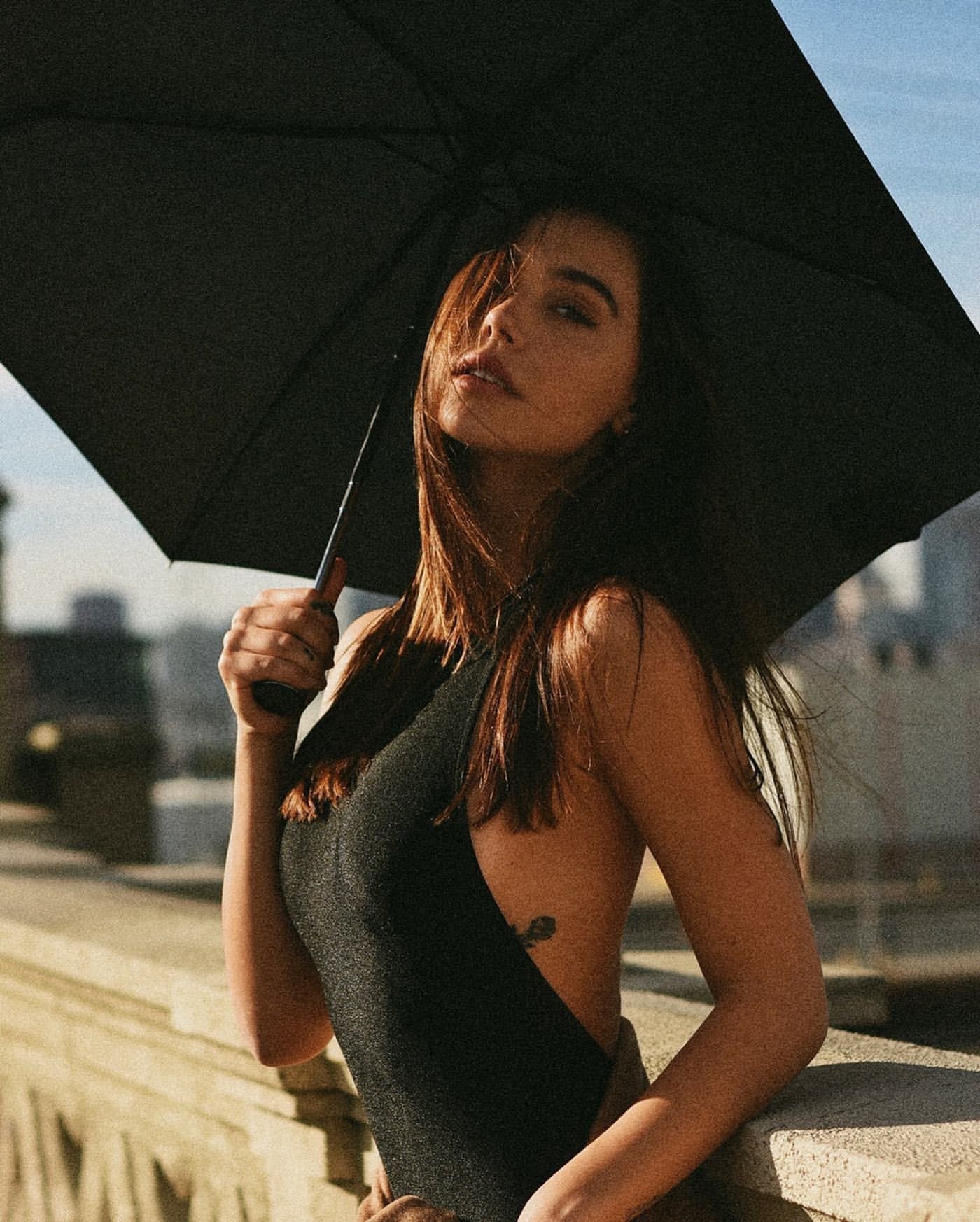 Nicole Kidman See Through Proud Nipples In “Queen Of The Desert”

Haley Bennett Topless in ‘The Girl on the Train’